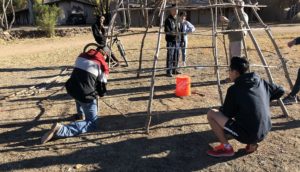 Students in Landy Douglass’ History and Geography of the Southwest class learn outside of the classroom as well as at their desks. They recently completed a special project of constructing a traditional wickiup from scratch using some materials gathered from around the Orme campus.

The class learned that Apaches and other primarily nomadic tribes built wickiups for shelter by using any type of sapling (about 3-4” in diameter) and sinew or leather to lash the pieces together. They would then layer 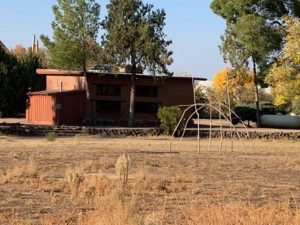 the shell with any type of brush available, or even hides. These were not permanent structures, but were built to accommodate changing seasons and following the game that they hunted. Wickiups, which varied in size, were largely waterproof, and provided warmth in the winter and shade in the summer. Entrances always faced east in order to catch the morning sun, and there was a hole in the top to release smoke from a small firepit in the center (used just for warmth; cooking was done outside the wickiup).

The wickiup created by the class was relatively large, and could have housed 4 to 5 individuals. The lesson for the class provided a hands-on experience that demonstrated one of the many types of shelters used by tribes to best fit their environment here in the Southwest.

And extra kudos to those students, who did an exceptionally great job building their wickiup. We have had several strong wind and rain storms since its construction, and the structure is still standing and remains quite sound! 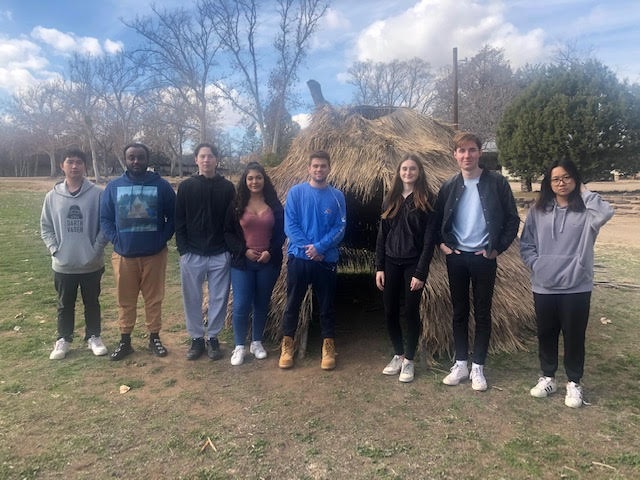