Orme Students recently ventured up to Flagstaff, Arizona on a weekend trip to ski and snowboard for the first time this season. Eighteen students were accompanied by faculty members Ilcen Reyes and Adrienne Baker. Head of School Bruce Sanborn also went along on the adventure. 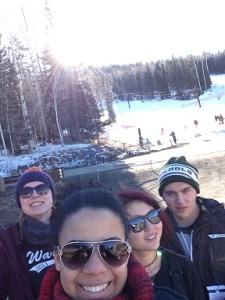 Bundled up in warm gear, everyone was delighted to see clear skies and a beautiful day. For a few students, the trip to Snowbowl was their first time ever in the snow, while others were seasoned veterans. Many opted to take a ski or snowboard lesson in the morning, learning and reviewing the fundamentals of slowing down, stopping, and remaining in control. It was fun to see students sprinkled about on different runs, eagerly waving and calling out to friends as they passed each other on ski-lifts and neighboring slopes.

By afternoon, students were unbuckling their boots and commenting on their sore feet, although their grins showed both appreciation and full enjoyment of the day.

The trip was incredibly successful. Students expressed a lot of interest in returning to the slopes again this winter. There is even talk of forming an Orme School Ski and Snowboard Club! 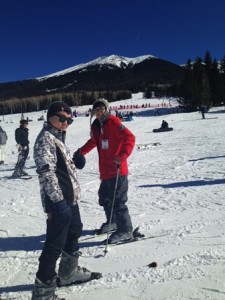 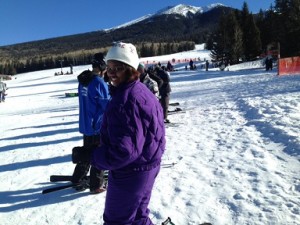