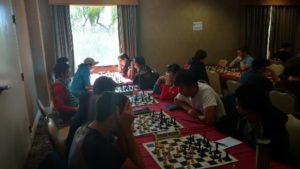 This past weekend, three Orme students had an opportunity to participate in the 2017 Arizona State Grade Chess Championships, which was held at the Hilton in Tucson, Arizona. This was a US Chess Federation rated 5 round Swiss tournament in ten sections based on grade.

With four wins and one tie (out of five rounds), Orme junior Tien Nguyen tied for 1st Place. In the tiebreaker, she ended up with a 2nd Place win, and a very large trophy. 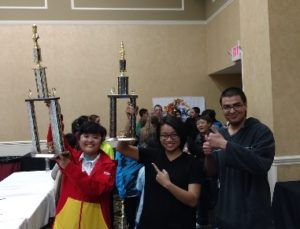 Junior Khanh Tran won three of the five games she played. And senior Julian DeLaHoz earned a point, which helped Orme claim a 2nd Place team trophy. And, due to their placing, Tien and Khanh will be able to attend the next chess tournament for free.