Students hit the slopes and braved the cold for some fun in the snow – Trip report by freshman Jenna Burkhead. 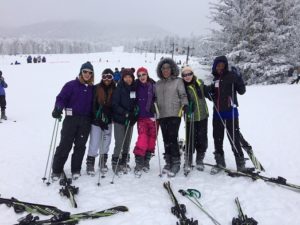 Last Sunday’s trip to Flagstaff, Arizona to ski and snowboard was a lot of fun. Nineteen Orme students and five faculty/staff traveled to Snow Bowl for the day.

When we arrived, everyone ate a quick breakfast, got our skis and headed to the slopes. I was with a group who had never skied before, and it was a lot of fun teaching them. By the end of the day, some of those in the beginners group were going on the blue runs!

It was very cold and extremely foggy that day; I could barely see anything through my goggles at times! It snowed almost the entire day, and there was fresh snow on the ground from the night before. It was very nice to ski on. 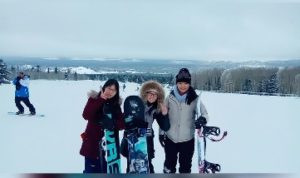 Although there were a few ‘crashes’ during the day, no one was hurt and everyone had a lot of fun. People of all different skiing levels went on the trip. While some of them had never skied before in their life, others had been skiing since they were quite young.

We all worked together, and that allowed all of us to have as much fun as possible that day!