On December 13, 2016, The Orme School women’s and men’s basketball teams hosted St. Luke’s Aussie Travellers basketball teams, visiting from Australia. St. Luke’s will play eight to ten games during their 3-week stay in the United States. Orme was honored to have the opportunity to host them for a second year in a row. 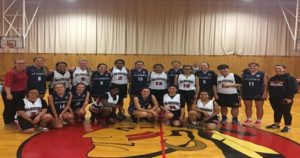 The Orme Lady Warriors played a great game against the ladies of St. Luke’s. Orme Head Coach Samantha Domoracki said, “This was a great opportunity to have our girls play St. Luke’s team and work on things we have not had a chance to do yet in practice. They learned a lot about themselves by playing such a high caliber team like St. Luke’s.” Great job Lady Warriors!

The Orme Warriors also played a tremendous game against the St. Luke’s men’s team. Head Coach Grant Hendrikse stated, “The Orme guys’ team did everything I asked them to do, and the team played great!” Nice work Warriors! 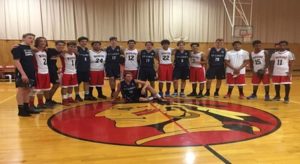 The players exchanged shirts, and had a chance to socialize after the games. A big Orme Warrior THANK YOU to St. Luke’s teams for giving our school this terrific opportunity!