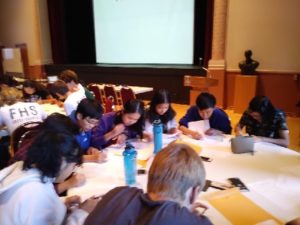 For their first meet of the year our teams did quite well, going up against 50 teams and approximately 190 students from other high schools.

Only the top ten teams were announced, and Orme’s Team Migliore (Mady, Andrea, Viet and Annie) finished just out of the top ten. Orme Team Westerous (Bom, Rosie, Naomi and Mai) finished in 7th Place. Team Banana (Daniel, Halley and Hazel) finished in 6th Place, and also made the semifinal lightning round. 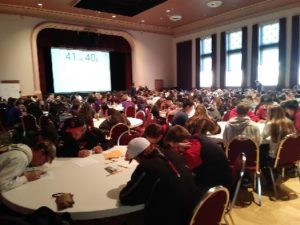 Orme’s best finish was Team Kat (Tien, Ngoc, Quan and Valerie), who finished in 5th Place. This gave The Orme School three of the Top Ten team places in the entire NAU meet.

Congratulations to all of our Mathletes for putting in such a great showing in your very first competition!