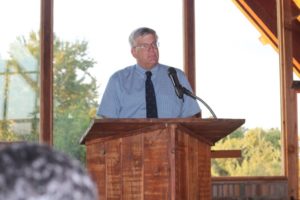 The 2019-2020 academic year officially kicked off with Orme’s annual Opening Convocation on Thursday evening, September 5th in the Morton Vrang Orme Memorial Chapel. Students, faculty and staff were greeted by Head of School Bruce Sanborn, who spoke about the early days of The Orme School, a reference to Alexis de Tocqueville’s notion of “habits of the heart,” and their connections to the Honor Code and The Orme School Code.

Sanborn explained, “The Orme School has now entered its 91st year. When it began in 1929, the school’s goal was to prepare students for college. Our school’s Founders, Uncle Chick and Aunt Minna Orme, would be amazed at how the school has evolved since that time. At the start, there was only a very small student body made up of the Ormes’ children and those of their ranch hands. By the late 1930s a real classroom was needed, and the Adobe Classroom was built, in part with the help of students. And, on Saturday, October 12, alumni from the Class of 1969 will return to campus to help restore the exterior of that Adobe Classroom.” 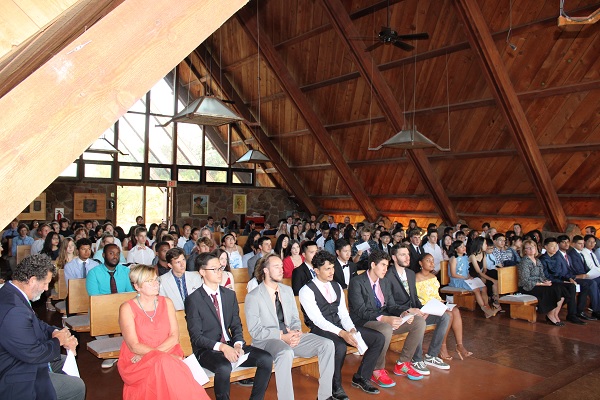 “When I think about the Orme Family opening their home and ranch to others, and envision those students working in the hot sun growing carrots so they could get an education, I am reminded of Alexis de Tocqueville’s book Democracy in America, which was written in the 1830s to describe the unique characteristics of the American people. Visiting from France, de Tocqueville was amazed at the level of freedom and independence he observed in American society of the early 19th Century and the willingness of Americans to join together for various purposes in a sense of community.”

“Alexis de Tocqueville,” according to Sanborn, “believed that the ability to balance individual freedom with creating a healthy community was possible in the early days of the American republic when ‘habits of the heart’ were developed.” Sanborn commented that he saw those habits in alignment with the principles imbedded in the Honor Code and The Orme School Code. “The spirit of Orme students in the early days gathering in the Adobe Classroom to prepare for college, and completing chores around the ranch is also in harmony with today’s Honor Code and The Orme School Code. When today’s students freely choose to bind themselves together with a set of principles demanding that they each ask themselves to think critically and respect others, they are also developing habits of the heart. When students at any time agree to act with integrity, honor and courage while embracing the differences in others, they are working to build an even stronger and more sustainable community, and habits of the heart have taken hold.” 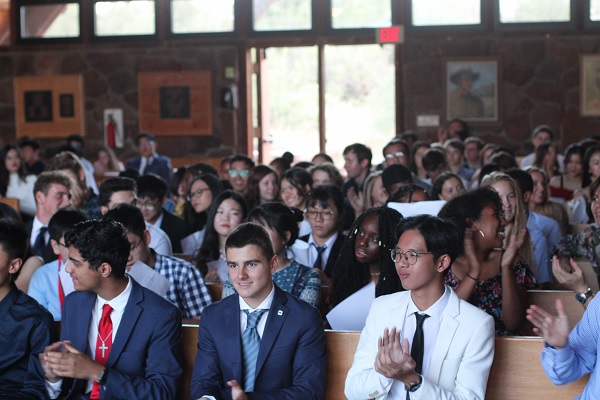 “Tonight, I want us to think about meeting the challenges of balancing individual freedom with building together a healthy community and pledging to live by the principles imbedded in our Honor Code & The Orme School Code.”

To end Opening Convocation and officially begin the 2019-2020 academic year, students, faculty and staff were invited to the front of the Chapel to sign the Honor Code and The Orme School Code. 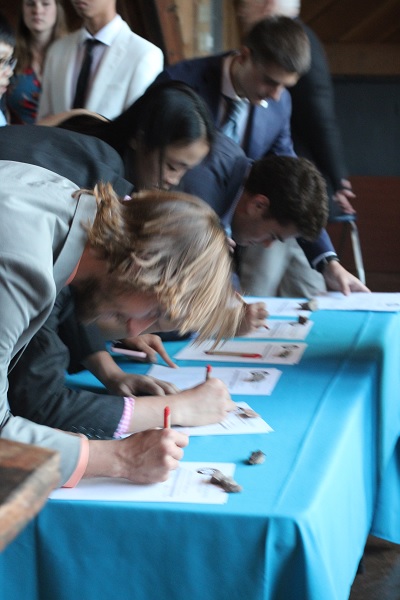 The Orme Community will meet in the Chapel once a month during the year for a Vespers service, and will have some special guest speakers. On Wednesday, October 2, Dr. Peter Schlosser will be our Vespers speaker. He is the Vice President and Vice Provost of Global Futures Laboratory at Arizona State University. On Thursday, October 31 our special speaker will be Barry Goldwater, Jr.