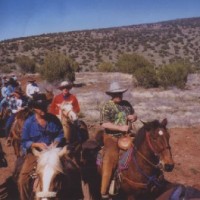 In the late 1960s, a group of Orme alumni began talking about how the dirt roads throughout America were disappearing. It was proposed that, before they were all paved, the group should take a trip from the West Coast to the East Coast traveling only on dirt roads. They soon realized that would not work, […]